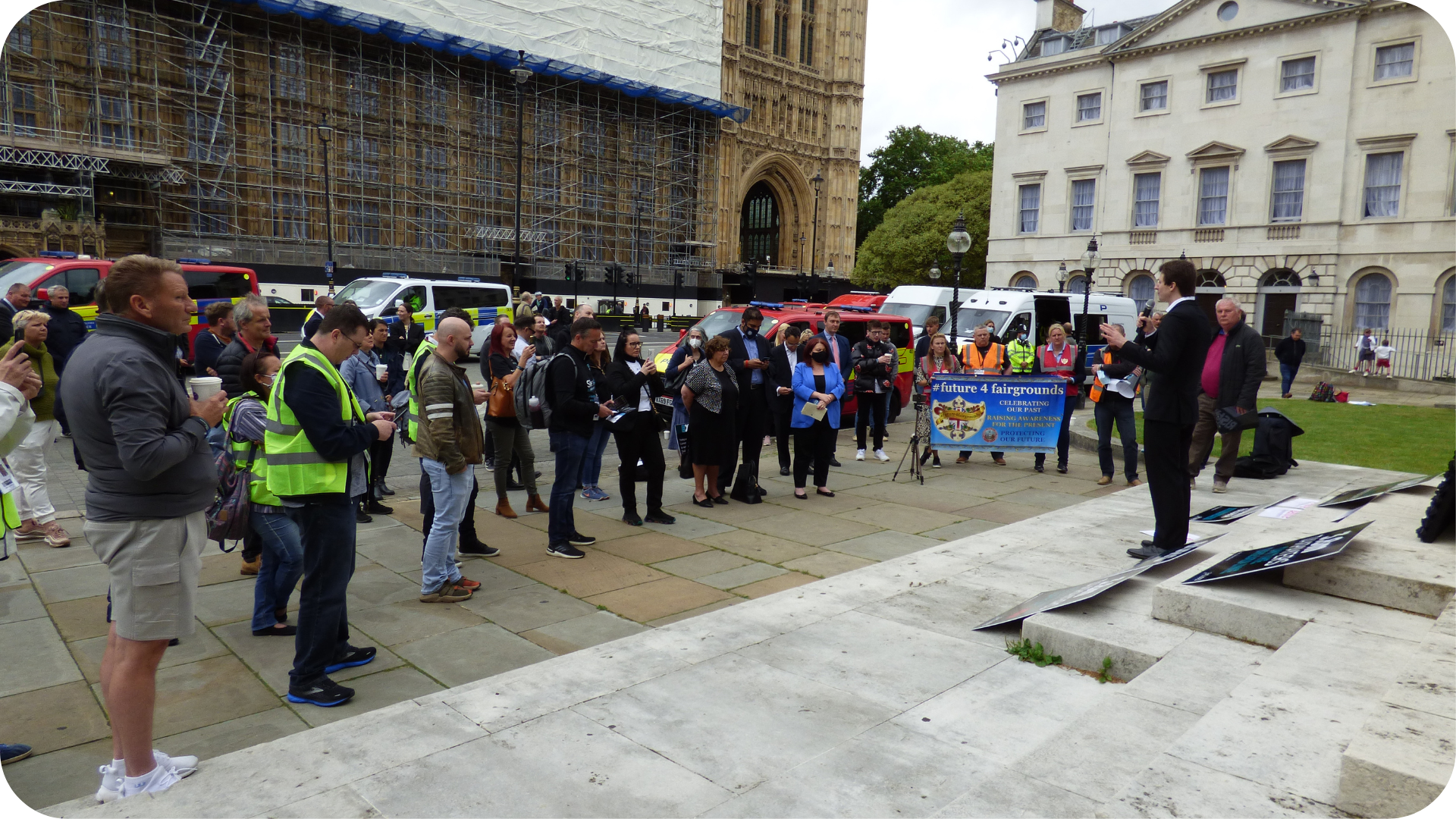 Campaigning for the excluded in London

On the 30th of July members of the Centre team were in London to campaign for more people to be included in the governments income support schemes. This was alongside the Excluded Unity Alliance who organised the event on behalf of those who have been excluded. Alongside Torrin Wilkins, the Director of Centre, the speakers included Members of Parliament and Prospective Parliamentary Candidates.

He spoke about how he got involved after hearing about people he knew were excluded. These were people who paid their taxes and yet received nothing from the government. He then spoke about how other countries such as Germany run their schemes during the winter and how we failed to implement schemes that covered everyone even during a pandemic.

Torrin also spoke about the £50,000 cap for self-employed people and how it nessicarily excluded people. He also talked about how we have given the government multiple solutions and yet they haven’t acted to include the millions who are excluded. Adopting these plans would help us to recover from this crisis and would allow us to create a competitive free market economy.

See photos of the event here:

“So, I started this journey a few months ago now. It started off when I originally started hearing people saying that they had been excluded and these people were people that I worked with, they were with in my organisation and they were close to me. And I’d seen people who had paid their taxes, who loved what they were doing in their small businesses and in their employment. They were doing everything they could for their company and yet they were being excluded. And you know its one of those things when they always used to say the same thing which was that they worked for the government. They gave them as much money as they possible could.

The stage is falling apart behind me.

But they gave them as much money as they possibly could in taxes and yet they got absolutely nothing from this government. Nothing at all. So really it started a journey for me which was going through writing about it, writing papers.

We think that overall six million people have been excluded from these schemes. Its a huge number when you think about the actual number of people who got onto the and so the more that you look into it, the worse it gets and I think the first example of that that we covered was Germany. Because Germany, it uses these schemes when it gets cold. It used furlough schemes in the winter. This government didn’t manage to do it. We had the largest pandemic for a hundred years since Spanish flu. We had the largest financial crisis since 2008 and yet our government did nothing. And in Germany? Well they do it in winter. I think when you look at that and you look and the difference between these schemes when you actually take the whole G7 together and you look at where we came we were world beating alright. We were world beating at almost being at the bottom in terms of support. Thats not a scheme to be proud of. That is one that has failed.

And I think worse than that, it was not a mistake. It did not happen by accident. If you start looking at the different types of exclusions, the one that really stood out to me, and the one that I got loads and loads of people telling me about, was the £50,000 cap. And that cap is not there on the furlough scheme. and then the self-employed people, they have been cut out and unfortunately £50,000 in the past few years does not mean you can survive on that today.

That is money coming into your business that you will be spending. The government should not have done that and yet time after time there were more and more people being excluded because of that and those people did not need to be excluded, the government could change that really easily. It is not about any such thing as a choice, it is not that. It is a policy decision. The government decided to exclude people and I think for me the worst bit of all is this.

We have given this government plan after plan after plan on how to solve this. I have written so many plans I, literally, am sinking in them and yet the government does not take any notice and when it does, the answer is simple, your a fraud risk. I simply did not understand that at first because I was seeing small businesses being told they were fraud risks they weren’t really worth saving, they were just collateral damage. And for me I started realising they were not doing what they were supposed to.

The government was not caring for people and I think if the Conservatives want a message today its quite simple. You need to do the right thing. Not just for those people who are suffering but also because of the economy.

You know I have many many disagreements with the Conservatives but I do believe in a competitive free market economy and the problem they have now is this. If those small businesses fail and they go out of business then you’re not gonna have a free market economy because the small businesses that are competing with those larger ones will be gone and the small businesses that keep their supply chains working will be gone. That will be it. So, if the Tories want a free market economy, which has been one of their core principles even since the era of Margaret Thatcher, then it might be an idea to support some of those small businesses that create that economy. And if we want to recover after this, and we know now that GDP is lower than it was during 2008, its a bigger fall, so they have to do something, they need to actually step up. There are economic benefits and it will benefit those individuals. It is a win win situation. And thats the fact, if they want people to vote for them at the next election they need to do this and they have to do this. So, I’m happy that we are having events like this across the country to try and spread this message because there is so much more that we need to do.

So thank you all for listening and thank you so much”.